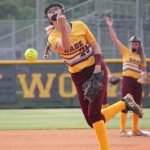 Today, Dade County and Bremen will resume their first round playoff series at 5:00 PM.  Both are looking to advance to the Sweet 16 next Tuesday.  Below, you can read the game one and two summaries from last night.  Please come support our Lady Wolverines tonight! Game One Summary Kami Counts didn’t allow a single run 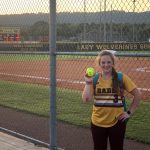 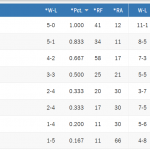 Kami Counts shut down Pepperell, throwing a complete game shutout and leading Dade County Wolverines Varsity to a 5-0 victory on Thursday.  A single by Dahlia Sanford in the first inning was a positive for Pepperell.  Counts was the winning pitcher for Dade County Wolverines Varsity. She allowed four hits and zero runs over seven innings, striking out five and walking one.  Chloe Jones took 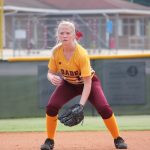