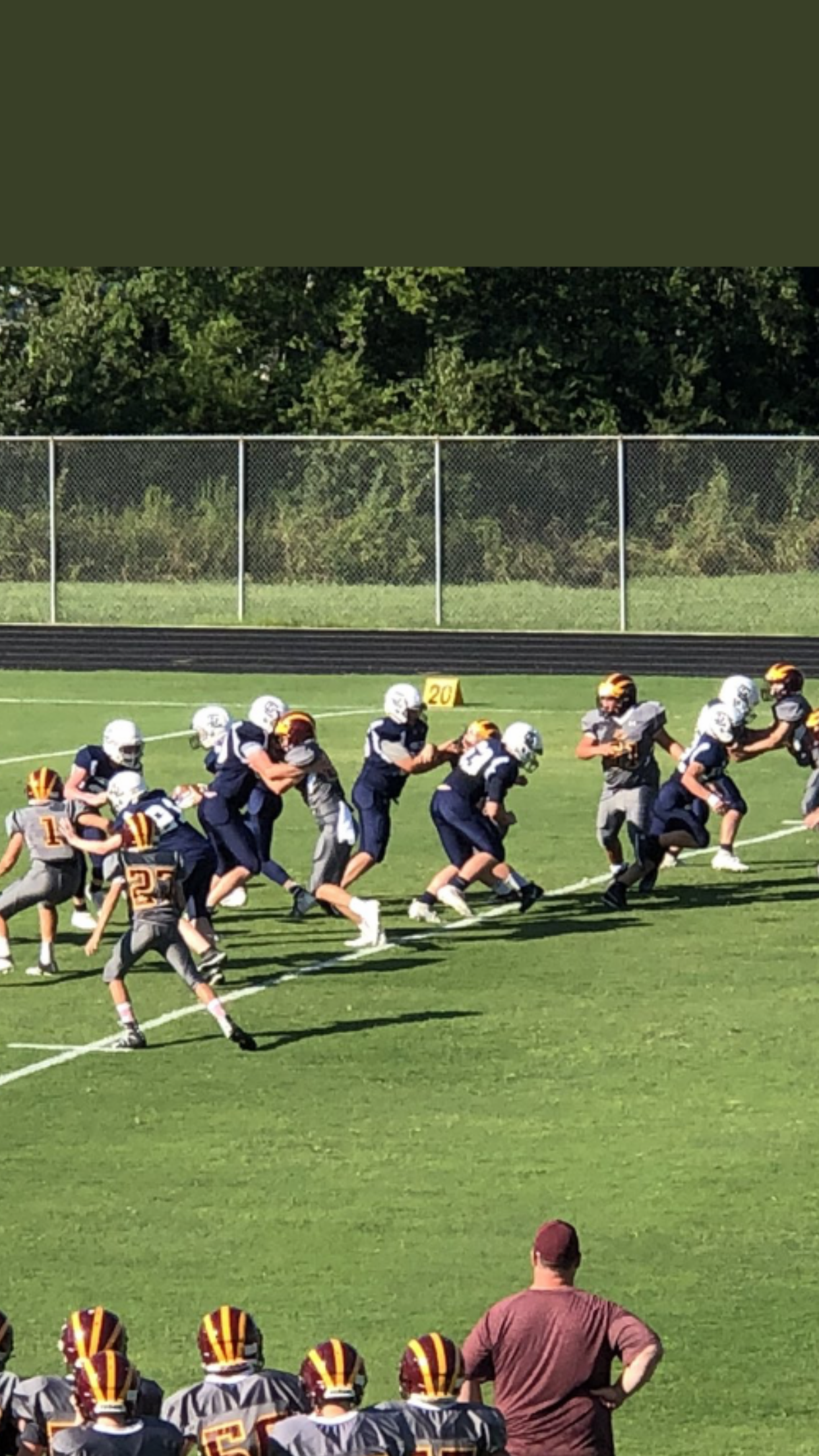 The DMS football team competed in a pre-season jamboree on Thursday against Trion and Gordon Lee. The Wolverines struggled to move the ball in the first portion of the scrimmage, and gave up a couple of big plays against Trion, losing the first half 14-0.
The second half of action saw the Wolverines improve. The offense scored on the very first play, and moved the ball in chunks against Gordon Lee. Dade scored two more times against the Trojans, including the last play of the scrimmage. Dade’s defense also eliminated the big play in the second portion of Thursday’s scrimmage, and shut Gordon Lee out, and coming out on top 21-0.
The first regular season game of the 2019 season will take place next Thursday, the 22nd, at Dade County High School. The Wolverines will take on a very good Christian Heritage Middle School team. Game time will be 5:00 P.M.