DCHS Baseball (14-10, 12-3 7AA) will take on Model HS (19-6, 11-4 7AA) in a huge series this coming week.  This is the final region series of the 2021 season, a series that should decide 2nd place in Region 7AA as Pepperell seems to be in the driver’s seat after winning each series over Dade and Model in back-to-back weeks. Dade County is coming off a region series sweep of Gordon Central and a win over newcomer Fannin County as they played a makeup game from an earlier washout with the Rebels.  The Wolverines will be at home this Monday and Friday.  They will travel to Model HS on Wednesday.  All games will be played at 5:00.  The weather should be nice, so come out and support the Wolverines!!  Admission is $5. 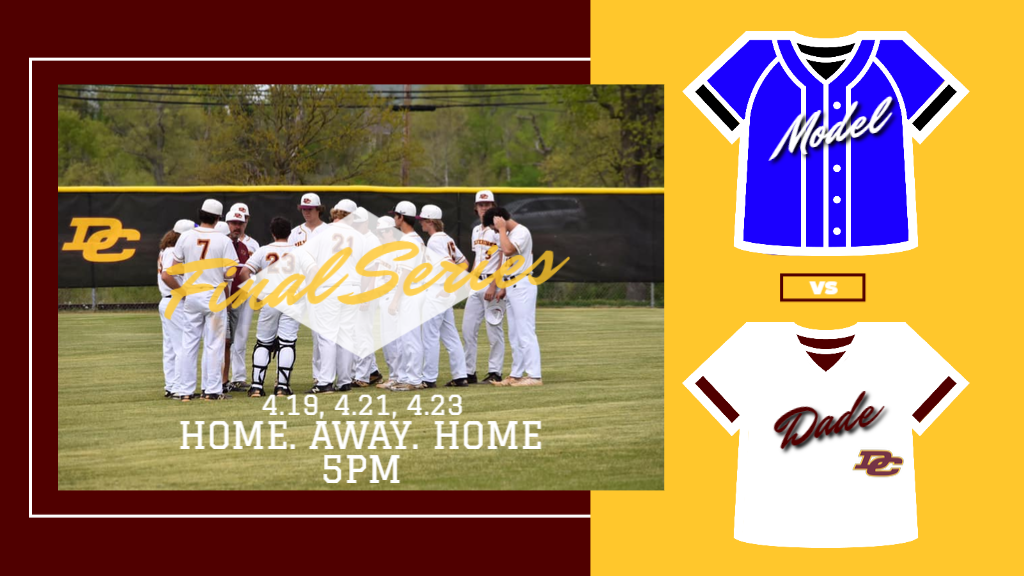