Brett Kay wasted no opportunities at the plate on Thursday, driving in four on two hits to lead Dade County past Chattooga 11-8 on Friday in game two of the three-game series.  Kay drove in runs on a groundout in the first, a double in the second, and a double in the third. The base paths were crowded in this high-scoring game. Dade County collected twelve hits and Chattooga had eleven.

The Wolverines opened up scoring in the first inning, when Brett Kay grounded out, scoring one run. Brodie Swader (4-1) pitched Dade County to victory. The bulldog surrendered seven runs on eight hits over five innings, striking out eight. Colton Emmett and Brayden Nethery entered the game out of the bullpen and helped to close out the game in relief. Hughes was on the mound for Chattooga. The pitcher went five and a third innings, allowing 11 runs on 12 hits and striking out six. #10 threw two-thirds of an inning out of the bullpen. Dade County tallied one home run on the day. Emmett had a homer in the second inning. The Wolverines tallied twelve hits on the day.

Eli Kimball, Brayden Nethery, Brodie Swader, Nolan Heath, and Brett Kay all had multiple hits for Dade. Dade County was sure-handed in the field and didn’t commit a single error. Swader led Dade with two stolen bases, as they ran wild on the base paths with four stolen bases. Chattooga tallied 11 hits. Settlemoir and Stephens both collected multiple hits for Chattooga. Settlemoir went 3-for-4 at the plate to lead Chattooga in hits. 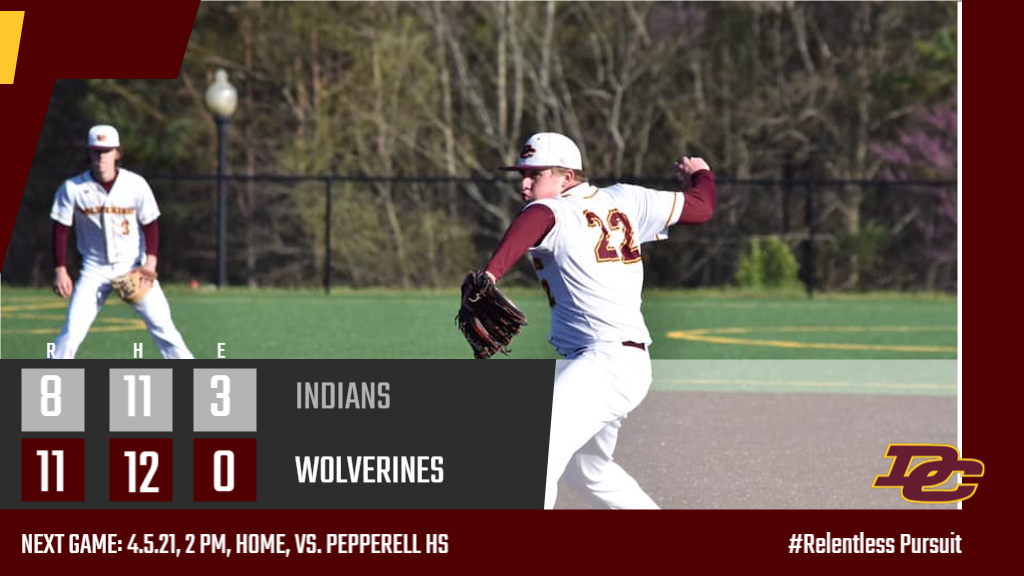