After several days of rain, the Wolverines traveled back to Coosa on Friday for games two and three of the opening region series.  Both teams were strong on the mound Friday, with junior Brodie Swader taking the mound for Dade County taking on recent University of Tennessee commit, Bryson Thacker for Coosa. Brodie earned the victory for the Wolverines, holding Coosa scoreless through six innings, allowing zero runs on three hits, striking out seven and walking one. Brett Kay threw one inning in relief out of the bullpen.  Thacker started the game for Coosa surrendering two runs on three hits over five and a third innings, striking out 11. Castillo threw one and two-thirds innings out of the bullpen.

Although the Wolverines had a tough day at the plate against Thacker, good pitching from Swader and good defense from the Wolverines kept the game scoreless through four innings.  Dade County finally cracked the scoreboard in the fifth inning when Brayden Nethery scored on a wild pitch with two outs.  The Wolverines extended their lead in the sixth inning to 2-0, finally earning the victory by a final score of 2-1.  Brett Kay, Nolan Heath and Brayden Nethery each managed one hit to lead Dade County.  Thacker led Coosa with two hits.

The Wolverines lost the second game of the double header 9 – 4.  Even with the loss, Dade County earned the series win over Coosa.  This week was Dade County’s opening conference week.  A great start to conference play for Dade County as they win their fourth game of the season on Friday to improve to 4-8 overall, 2-1 in Region 7AA.  Dade County welcomes Fannin County for the next region series this coming week.  Mon. 3/22 and Friday 3/26, the Wolverines will host Fannin County, the newcomer into Region 7AA.  Wednesday the Wo.verines will travel to Fannin County for game two of the series. 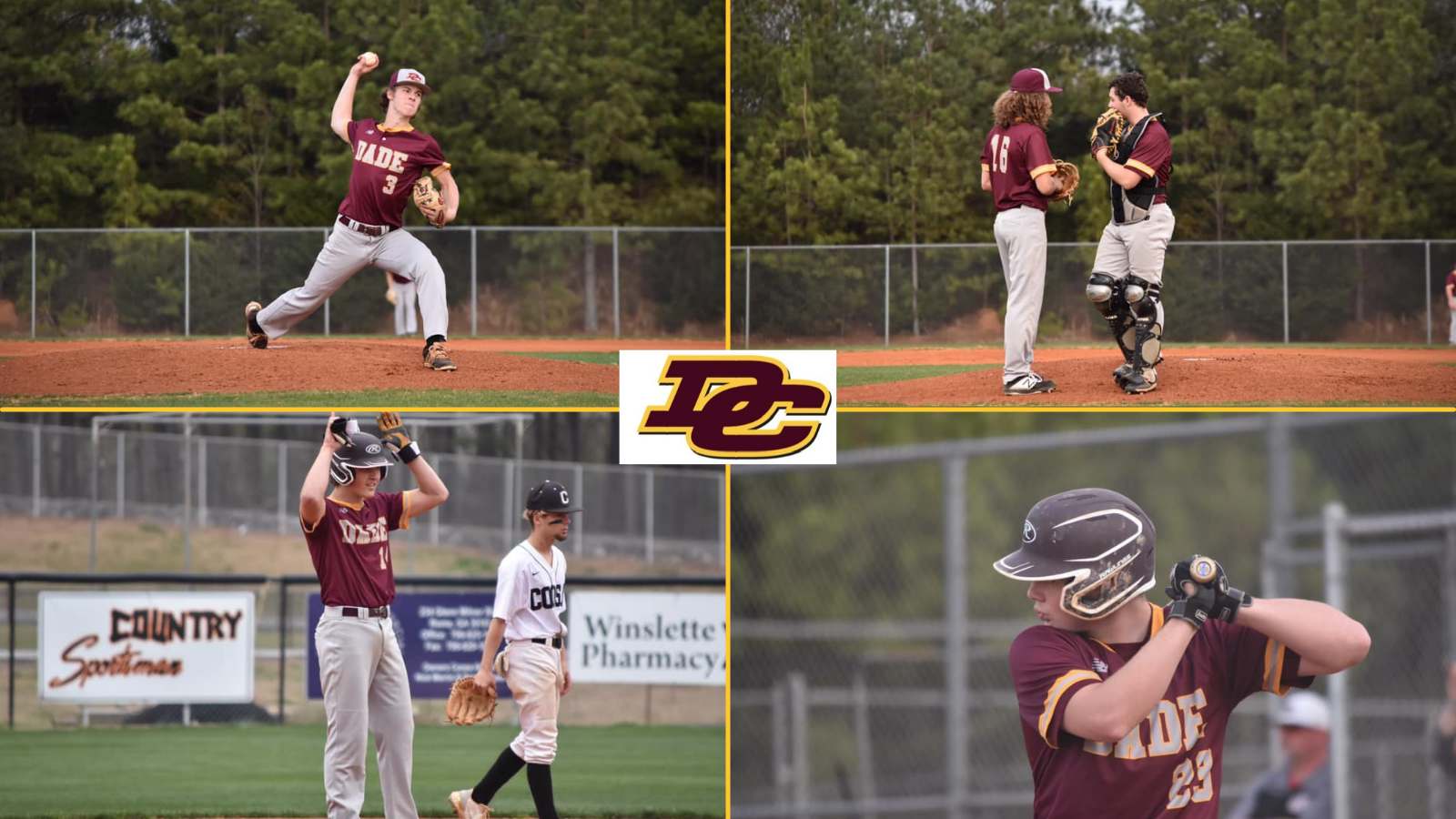