Join me in congratulating sophomore, David Cole, on the honor of being selected by Region 7AA coaches to represent Dade County as a Second Team All-Region player.  David showed off his high flying acrobatics this season in football as a wide receiver, but he also came out of his shell on the basketball court as a consistent starter and playmaker for the Wolverines.  David’s frame and athleticism has coaches excited about the future for the current sophomore.  If he continues to work in the weight room and develop his skills, the sky is the limit for David. David did his part in helping the Wolverines finish 7-5 in league play during the regular season and qualify for the first round of the GHSA State Playoffs.

When asked about the sophomore , Coach Whitt stated, “David has the ability to play multiple positions. his improvement was notable throughout the season by his inside/out play. looking forward to having him back for two more seasons.”  Assistant coach Tammy Stevens added, “David is a board crasher, a sprinter and a shooter. David has an unassuming demeanor that makes him both a powerful team player and a joy to coach.” 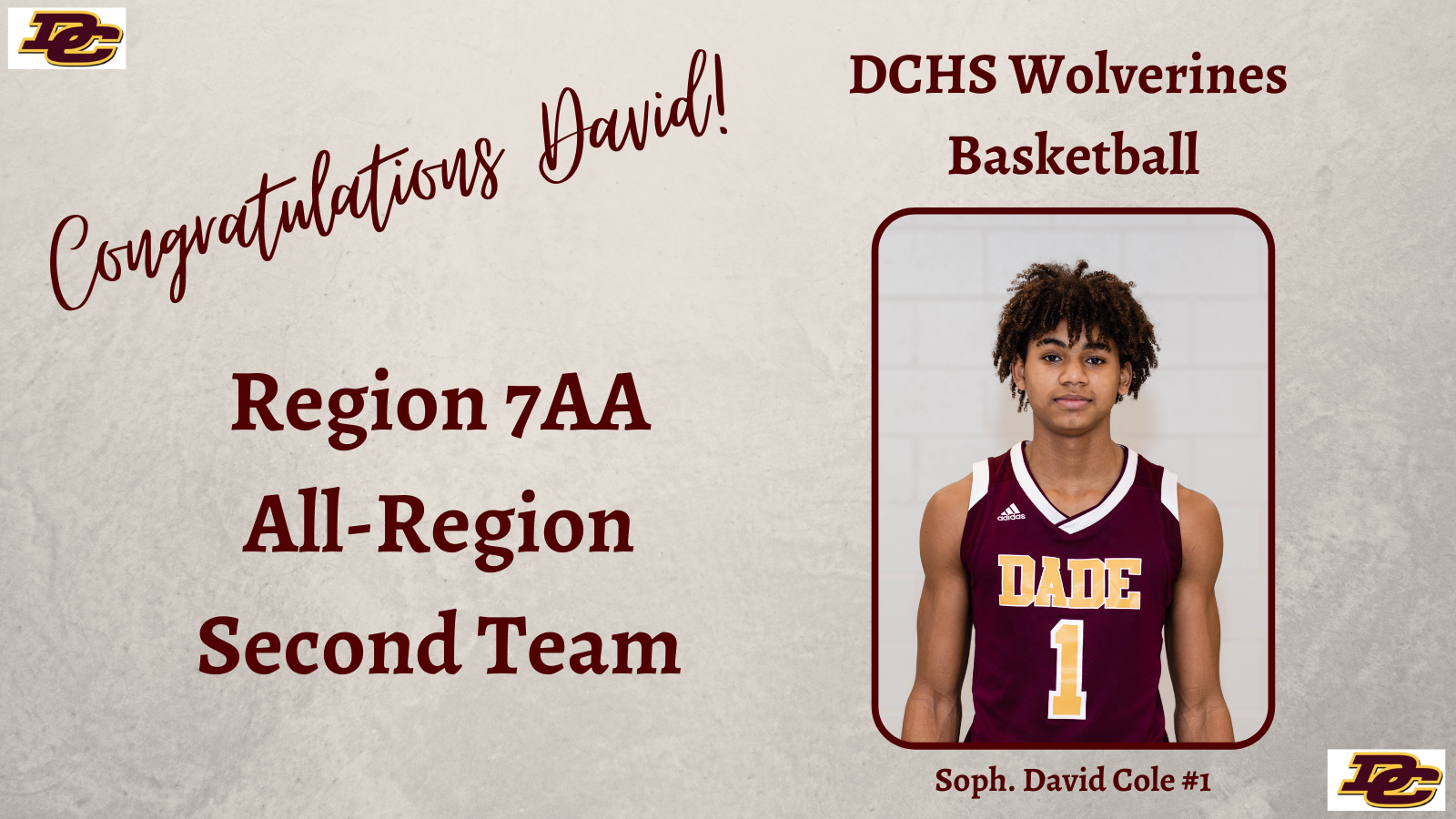