Join me in congratulating senior, Gabe Costley, on the honor of being selected by Region 7AA coaches to represent Dade County as a Second Team All-Region player.  Gabe’s effort on the basketball court is inspiring and contagious.  The majority of time, the player he was trying to score or rebound against, was taller and/or bigger.  I never observed Gabe back down during his entire career.  He would always end up with the loose ball or grab a rebound, making you wonder, “how did he do that?” Gabe did his part in helping the Wolverines finish 7-5 in league play during the regular season and qualify for the first round of the GHSA State Playoffs.

When asked about the senior, Coach Whitt stated, “Gabe has a motor that doesn’t stop which allows him to play bigger than his size. His leadership role was reinforced by his physical and mental toughness. He will be missed.  Assistant coach Tammy Stevens added, “Gabe is full of Grit and Determination! He is one of the most determined young men I have ever met. Gabe’s determination pushes him to be a winner both on and off the court. Gabe plays intense and always gives his best…Family on 3.” 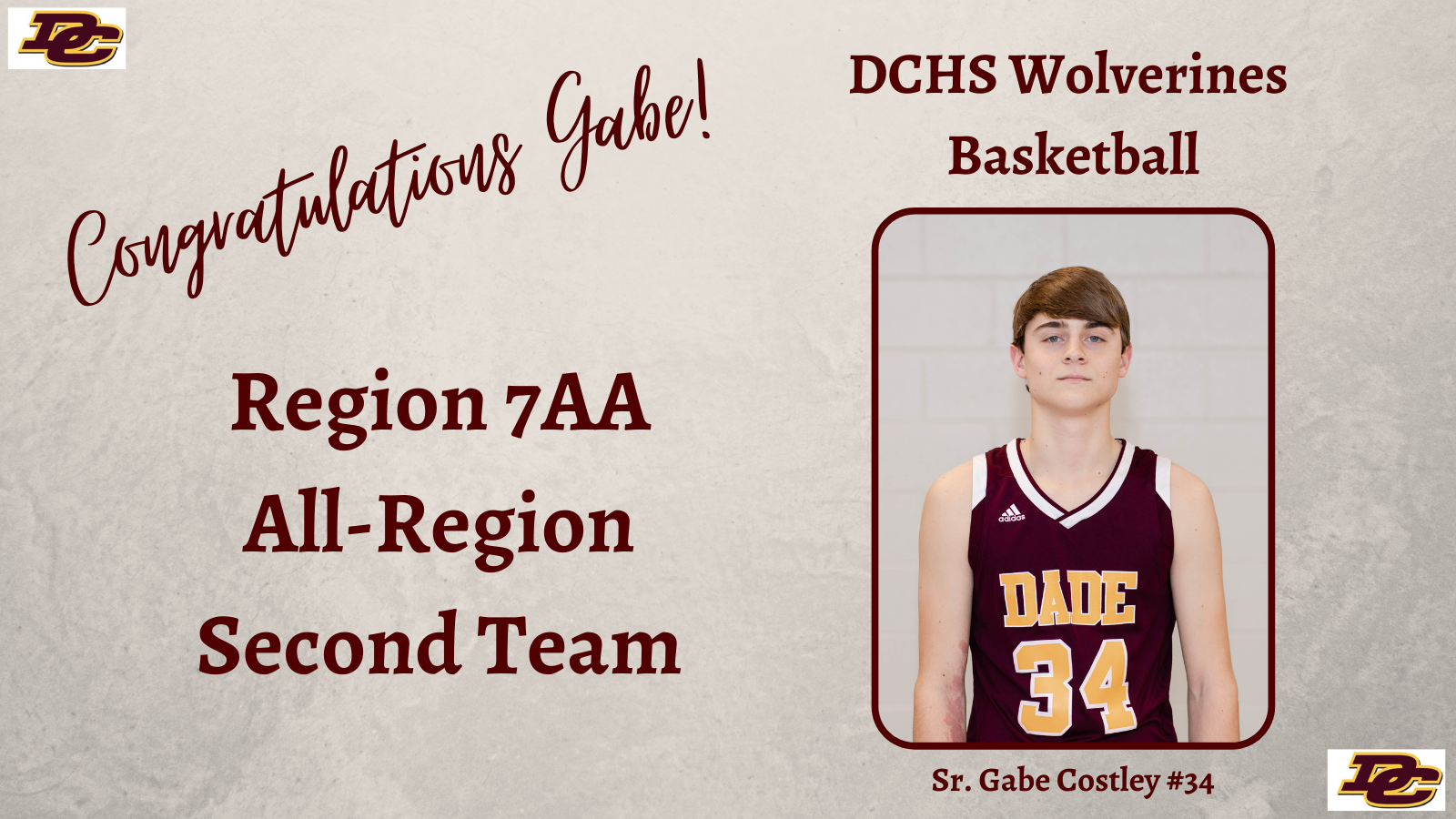