Join me in congratulating junior guard, Brodie Swader, on the honor of being selected by Region 7AA coaches to represent Dade County as a First Team All-Region player.  Brodie did a great job leading his team to the first round of the GHSA State Playoffs.  As the point guard on a basketball team, most of the time a team goes as the point guard goes.  Brodie did an excellent job handling pressure and the Wolverines were at their best when he penetrated the lane and spread the ball out to shooters.  The Wolverines finished 7-5 in league play during the regular season.

When asked about the junior point guard, Coach Whitt stated, “Big guard with ability to see the entire floor. He led us in assists and began to score more later in the season which made us a better team.”  Assistant coach Tammy Stevens added, “Brodie has an uncanny awareness of the game. He is a team player and understands that the game is more than just who scores the most points each night. Brodie is both mentally and physically a very strong athlete.” 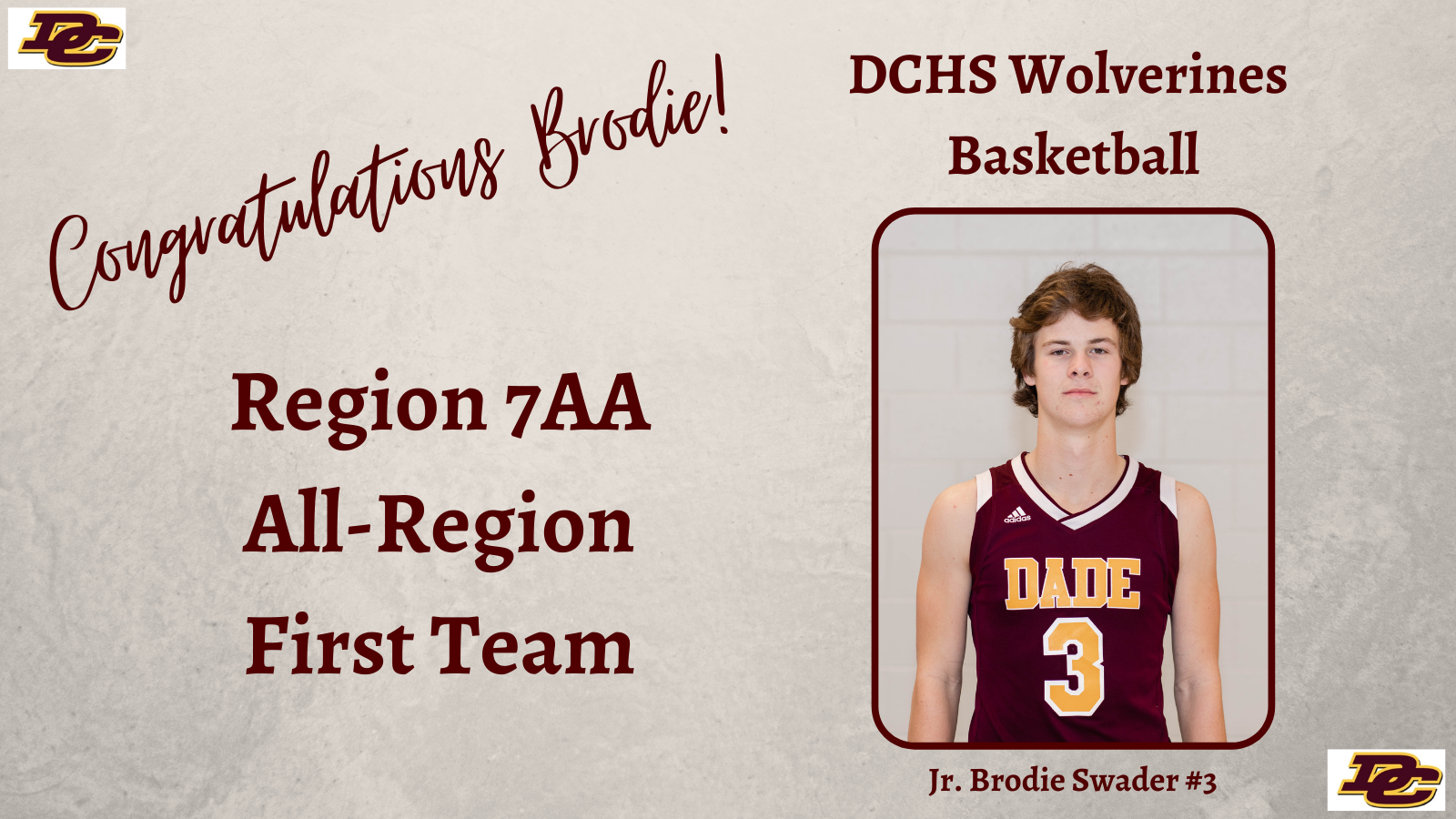